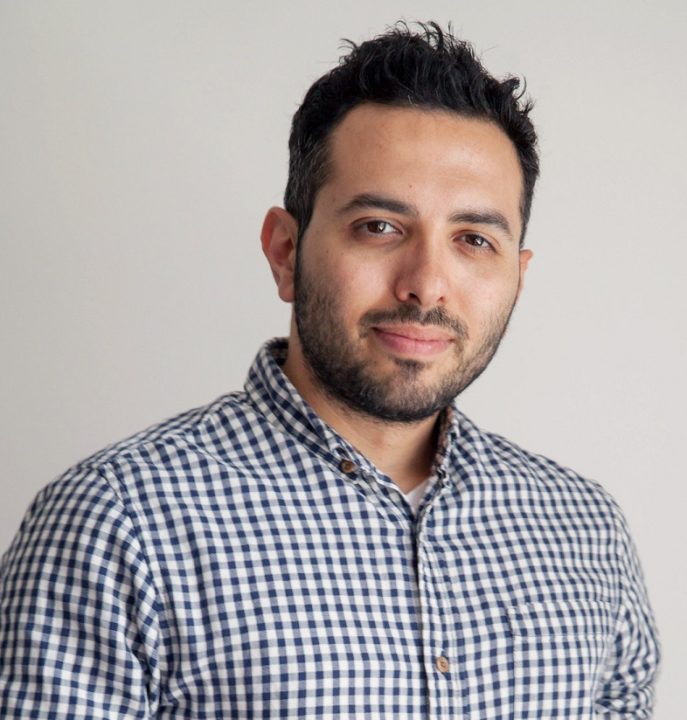 A Bristol-based firm has collaborated with university researchers to develop products with controls you can feel but cannot see. This is not technology from the far-flung future, it is here right now, as Orestis Georgiou, Director of Research at Ultrahaptics, explains. 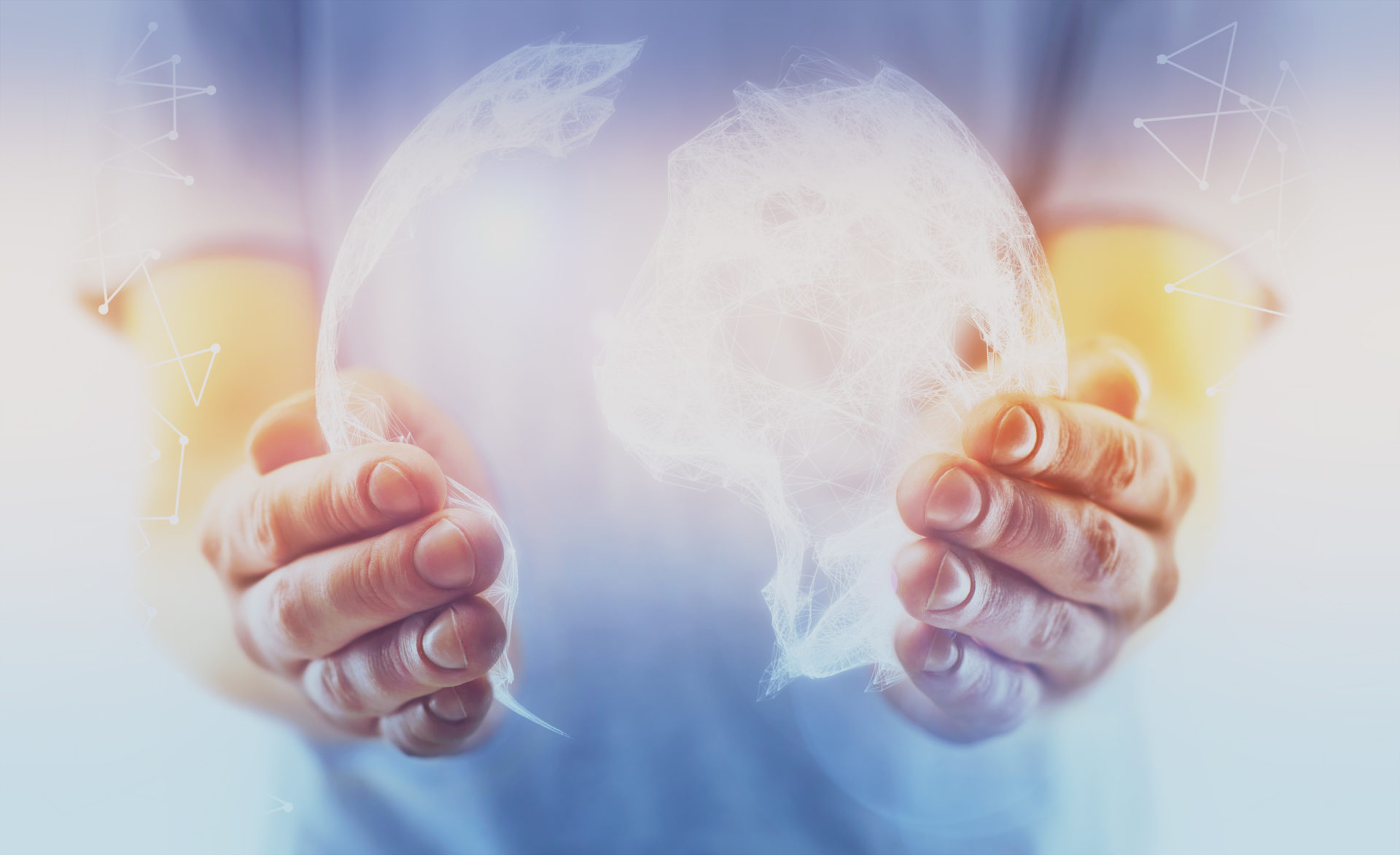 Ultrahaptics has created a technology that allows people to feel virtual shapes, objects, and controls in mid-air.

No gloves or handheld controllers are needed – the technology, which we call mid-air haptics, uses ultrasound to project tactile sensations directly onto a user’s hands.

I’m a scientist who has spent many years at the cutting edge of R&D, but when I first read these two sentences, I couldn’t quite believe Ultrahaptics’ technology was real.

After a few hours spent watching YouTube videos and reading academic papers, however, I was convinced that mid-air haptics was based on solid science and was market-ready. A month later, I joined the company as Academic Program Manager.

Ultrahaptics has a team of almost 100 people split between offices in California, Germany, South Korea and our headquarters in the Bristol Temple Quarter Enterprise Zone.

We’ve raised over $40 million in funding and are working with blue-chip companies including Nike, Dell, Meta, BARCO, Bosch and HARMAN to put mid-air haptics into commercial products ranging from cars to Virtual Reality (VR).

All this has been achieved in slightly over four years. It shows just how far and how fast local companies like Ultrahaptics can go with the right tech, the right team and the right support from organisations such as SETsquared, InnovateUK and Horizon2020.

None of this, however, could have happened without the original scientific breakthrough by Dr Tom Carter, Dr Ben Long and Professor Sri Subramanian at the University of Bristol. 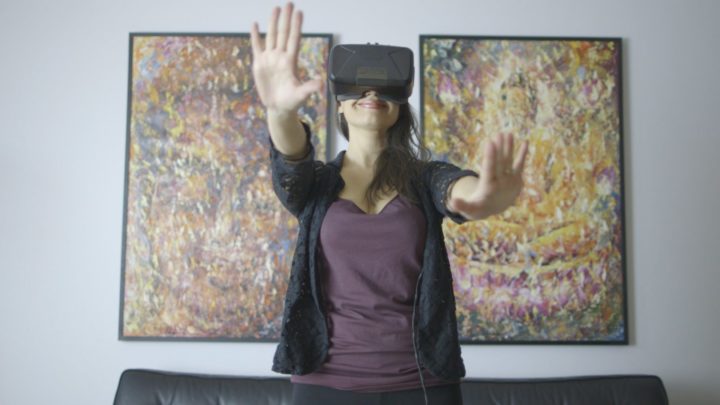 Ultrahaptics is solidly founded on academic research. We continue to engage deeply with academia and consider it to be key to the company’s success going forwards.

When I joined as Academic Program manager in 2017, I was charged with connecting Ultrahaptics with universities around the wold.

Within a year of launching our Academic Program, we are now connected with 50 universities including MIT and Stanford, as well as many local institutions and organisations such as Bristol, Bath, Bournemouth, UWE, and Cardiff universities, the Bristol Robotics Laboratory, the Pervasive Media Studio, and the Digital Cultures Research Centre.

There are two sides to innovation, industrial and academic, and the right type of collaboration is key.

All this engagement is geared towards developing a healthy research community and accelerating innovation in mid-air haptics and its applications in Human-Computer-Interactions (HCI).

Academic testing and validation of Ultrahaptics’ technology helps us refine, iterate and develop it further. For example, students and research groups offer the perfect testbed for things such as our software development kit (SDK), since they are constantly pushing it to its limits (and beyond!).

This then makes it more attractive commercially. In turn, real-world applications justify the continuation and extension of an academic’s research efforts. It’s a sustainable ecosystem that pushes both ground-breaking academic research and commercial technology rapidly forwards. 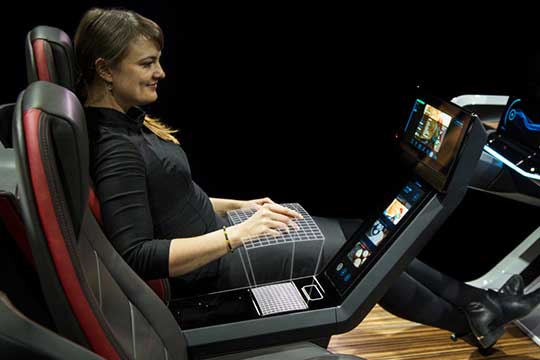 Competition to attract talent, even in the centre of Bristol (considered to be a hotbed of engineering and digital expertise) can be fierce.

Establishing relationships with students and strong R&D groups is therefore vital in recruiting the talented and highly skilled workforce we need.

Ultrahaptics’ collaboration with academia also helps to secure funding for radical innovation projects from government bodies such as InnovateUK and the EU’s Horizon 2020 programme.

Success in these funding bids is typically dependent on a robust research, development and innovation management plan that incorporates both academic and commercial elements.

The €3m Levitate Horizon 2020 project, for example, is a collaboration between Ultrahaptics and the universities of Glasgow, Sussex, Chalmers and Bayreuth, aimed at using ultrasound to create a new type of interactive display composed of levitating matter.

Ultrahaptics’ mid-air haptic technology has moved from academic theory to commercial reality in only just over four years, and its future is even more exciting.

I’m sure we’ll see many more companies like Ultrahaptics spring out of collaborations between academia and industry in the Great West region – and I’m very much looking forwards to seeing what they are.

Orestis Georgiou is Director of Research at Ultrahaptics where he oversees all internal and external research activities. This includes coordinating the Advanced Research Cluster team (aka the ARC), co-supervising four PhD students, and growing and supporting scientific collaborations with universities and research labs around the world with the aim to expand, explore and enhance mid-air haptic technologies and their applications.