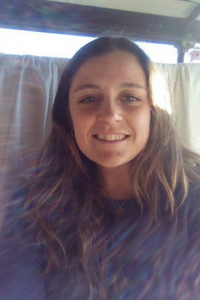 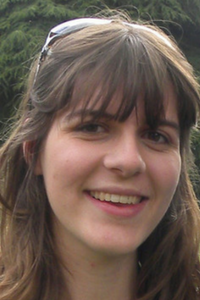 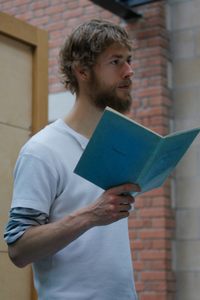 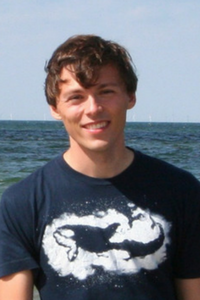 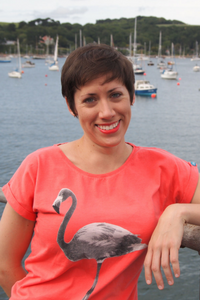 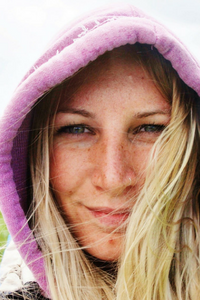 PhD students from the NERC GW4 + Doctoral Training Partnership and the University of Exeter have found a new way to communicate their scientific research: through children’s books. We hear from early career researchers (authors and illustrators) Dr Nadia Andreani, Dr Emmanuelle Briolat, Matthew Creasey, Sarah Nelms and Andrew Szopa-Comley, alongside Academic Developer, Dr Caitlin Kight, who supported the project. They explain why it’s important for PhD researchers to get involved in public engagement at an early stage of their careers, and how writing children’s books actively informed their research. 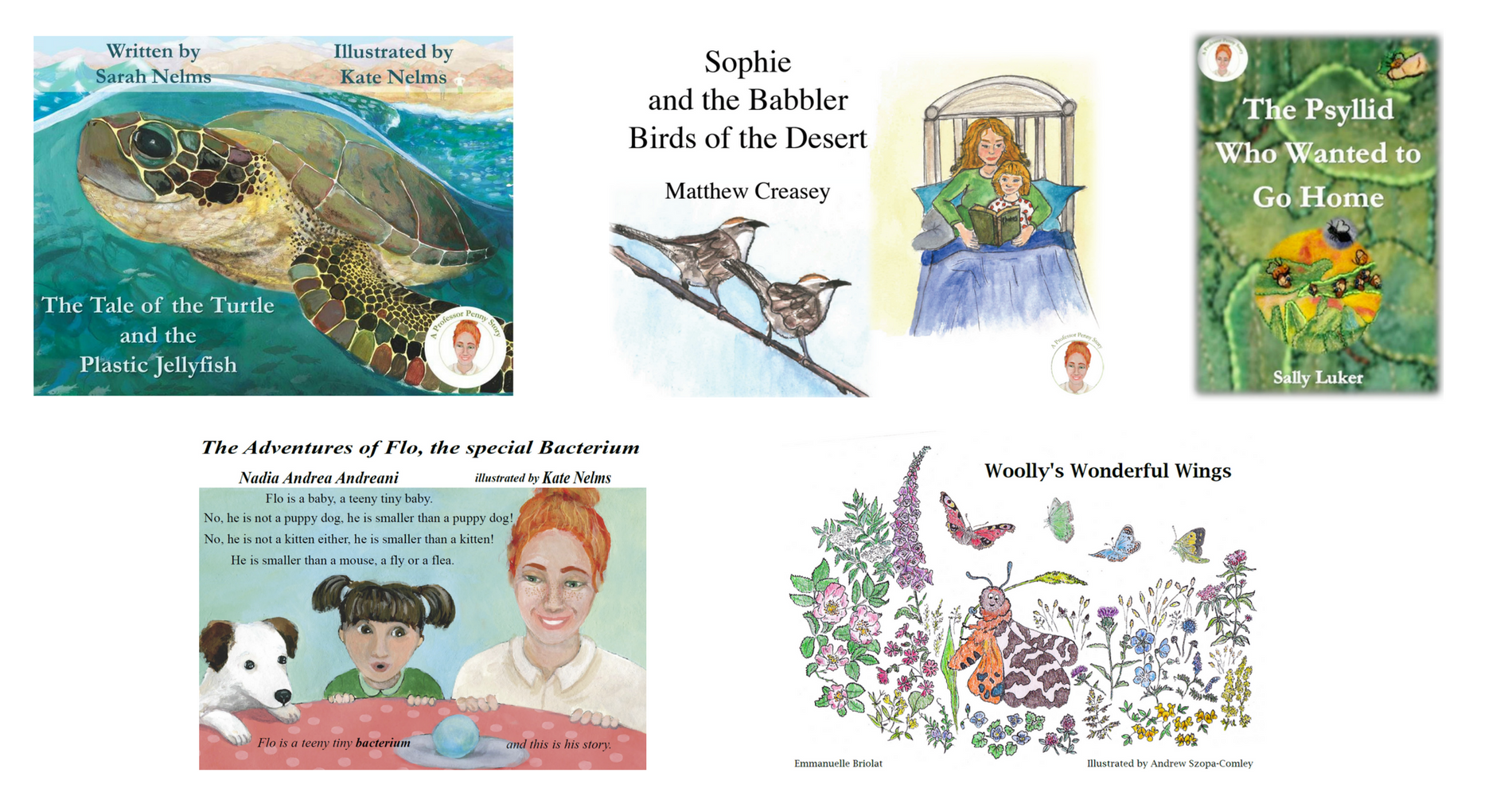 When one of the University of Exeter’s former PhD and postdoctoral researchers, Jenni Sanderson, organised a workshop on science communication for children, we had no idea that the end result would be a series of children’s books which have been enjoyed by hundreds of children worldwide, translated into several different languages and reprinted due to demand.

The journey to get there underlined the value of public engagement, and how thinking differently about your research can have surprising outcomes – from new scientific experiments to new careers.

The workshop organised by Jenni Sanderson demonstrated how simple stories can communicate science in a fun and engaging way to new audiences. We all had an existing interest in public engagement and storytelling, so the opportunity to create a children’s book felt like a natural fit. We came up with the idea for a series that we could all contribute to, and Professor Penny (who features in every story along with her faithful dog Wilson) was born.

Ideas began to form straight away, and we started writing stories of our own, covering a range of scientific research and disciplines. All of our research was strongly visual and lent itself to colourful story telling: Nadia wrote about how bacterial contamination can turn mozzarella blue; Matthew imagined a day in the life of an outback Babbler; Emmanuelle narrated how a moth can rely on the colour of its wings to survive in a world of predators; Sarah’s story told how Nerin the Turtle was endangered by swallowing plastic litter. Another story book from Sally Luker on the psyllid who wanted to go home also featured in the series.

A popular saying attributed to Albert Einstein goes: “You do not really understand something unless you can explain it to your grandmother.” In developing our stories for the Professor Penny series, we had to try to boil down our research to a few key points and make it as relevant and accessible as possible. In this way, writing for the Professor Penny series enabled us to develop transferable skills in conveying complex scientific information concisely and clearly.

We also enjoyed having a creative outlet – from story boards to illustrations – beyond our day-to-day research which made us think differently about our disciplines and approaches. Andrew applied his artistic talent to illustrating Emmanuelle’s story of Woolly’s Wonderful Wings. As a result of this partnership, Andrew gained an active interest in natural history and was inspired to work on more outreach projects highlighting the captivating ecology and behaviour of lesser known animals and insects, with the aim of raising awareness of the need to conserve them.

For Matthew, whose story narrated the daily life of a babbler, the project provided a fresh way to connect with his study-species and he found that he designed experiments and interpreted findings differently as a result.

Engagement was not an add-on to our doctoral research – instead it actively informed it.

From ideas to page

Dr Caitlin Kight, Academic Developer at the University of Exeter, helped us to take our ideas to the printed (and digital!) page. Caitlin was heavily interested and experienced in science outreach and communication, and wanted to ensure that doctoral students were encouraged to develop these skills and see public engagement projects through to delivery.

The Professor Penny series was officially launched in summer 2017 in conjunction with the annual Science in the Square event in Falmouth.  The launch raised hundreds of pounds for conservation groups and there was an overwhelmingly positive reaction from children and their families who loved the stories and pictures.

Sarah, whose story of Nerin the turtle focused on the global issue of plastic waste polluting our oceans, found that the book influenced attitudes and even changed people’s behaviour. Experts at Cornwall Butterfly Conservation told Emmanuelle that Woolly’s Wonderful Wings was far more fun and engaging than many children’s books they had seen previously, and as a result Emmanuelle has formed a lasting and mutually beneficial partnership with them.

So why should early career researchers get involved in public engagement? The danger of the day-to-day grind of doctoral research is that you can become absorbed in your own (often narrow) research topic and forget to see the bigger picture. Engagement projects like this help to remind us of the value of our research, and keep our minds open to fresh perspectives and feedback from non-scientists. A lot of our research is concerned with environmental issues and public engagement enables us to influence people to do better by providing them with the tools and information to make the right choices.

When you engage in outreach activities, you learn which concepts are difficult for people to understand, you find out what their misconceptions are, and you discover what jargon is confusing; as a result, you adapt to communicate better.  Many PhD students are so absorbed by their research that they feel unable to take on ‘non-essential’ projects such as engagement initiatives, even when they remind them of why they got into research in the first place. It’s a shame to miss out on doing the things that help recharge you, and public engagement is also really important for honing skills, identifying training needs and exploring career options. For all of these reasons, we think that early career researchers should embrace public engagement—which can help promote your institution, meet Widening Participation goals and improve recruitment. Nadia found that her book was raised positively in an academic job interview, demonstrating how engagement can support your CV too.

The future looks bright for our creation Professor Penny and her adventurous companions, who are finding a global audience.

A newspaper in Nadia’s former province in Brescia, Italy invited her to an interview and since then she has received requests from strangers asking to buy copies of her book on Flo, the bacterium that turns mozzarella blue. She was also invited to schools across Italy to talk about the book, her microbiology research and the role of women in science. Nadia continues to write about science for children for Planck! magazine in Italy, and has also ensured her book is available in Italian.

Emmanuelle is reprinting a second edition of her book which will be available for sale in April 2018, including a 10% donation to Butterfly Conservation (inviting orders through email).  Alongside Andrew, the illustrator of Woolly’s Wonderful Wings, author Emmanuelle plans to support moth trapping events for kids with Cornwall Butterfly Conservation in Spring and Summer 2018.  Sarah’s story of Nerin the Turtle has been translated into several languages and she continues to give readings to classes across the South West. A second edition of Sarah’s book sold out in just a couple of weeks, and she is currently trying to organise a third re-print to be sold by the Marine Conservation Society – £600 was raised for the organisation from the first batch of books sold.

Finally, Matthew has been so inspired by the process of creating his story book (on a day in the life of an outback Babbler) that he is considering pursuing science communication and engagement full-time once he has finished his PhD.

We hope that the next generation of early career and doctoral researchers at the University of Exeter (and beyond) take up the opportunity to follow in our footsteps and develop their own research-based children’s books. The next page of the story is there to be written…

Dr Emmanuelle Briolat recently completed her PhD at the University of Exeter. Her thesis explored warning colours in burnet moths.

Matthew Creasey is a doctoral researcher at the University of Exeter, whose research explores why individuals within populations differ in their behaviour and learning abilities, focusing on the chestnut-crowned babbler.

Sarah Nelms is a doctoral researcher with NERC GW4 + DTP and the University of Exeter, based at Plymouth Marine Laboratory, exploring how microscopic plastic particles affect marine organisms.

Andrew Szopa-Comley is a doctoral researcher with NERC GW4 + DTP and the University of Bristol. His research covers predator-prey interactions and behaviours.

Dr Caitlin Kight is an Academic Developer at the University of Exeter.