South West England and South East Wales can recapture the ambitious vision of Isambard Kingdom Brunel as a hyper-connected, smart and specialist region, MPs have heard. 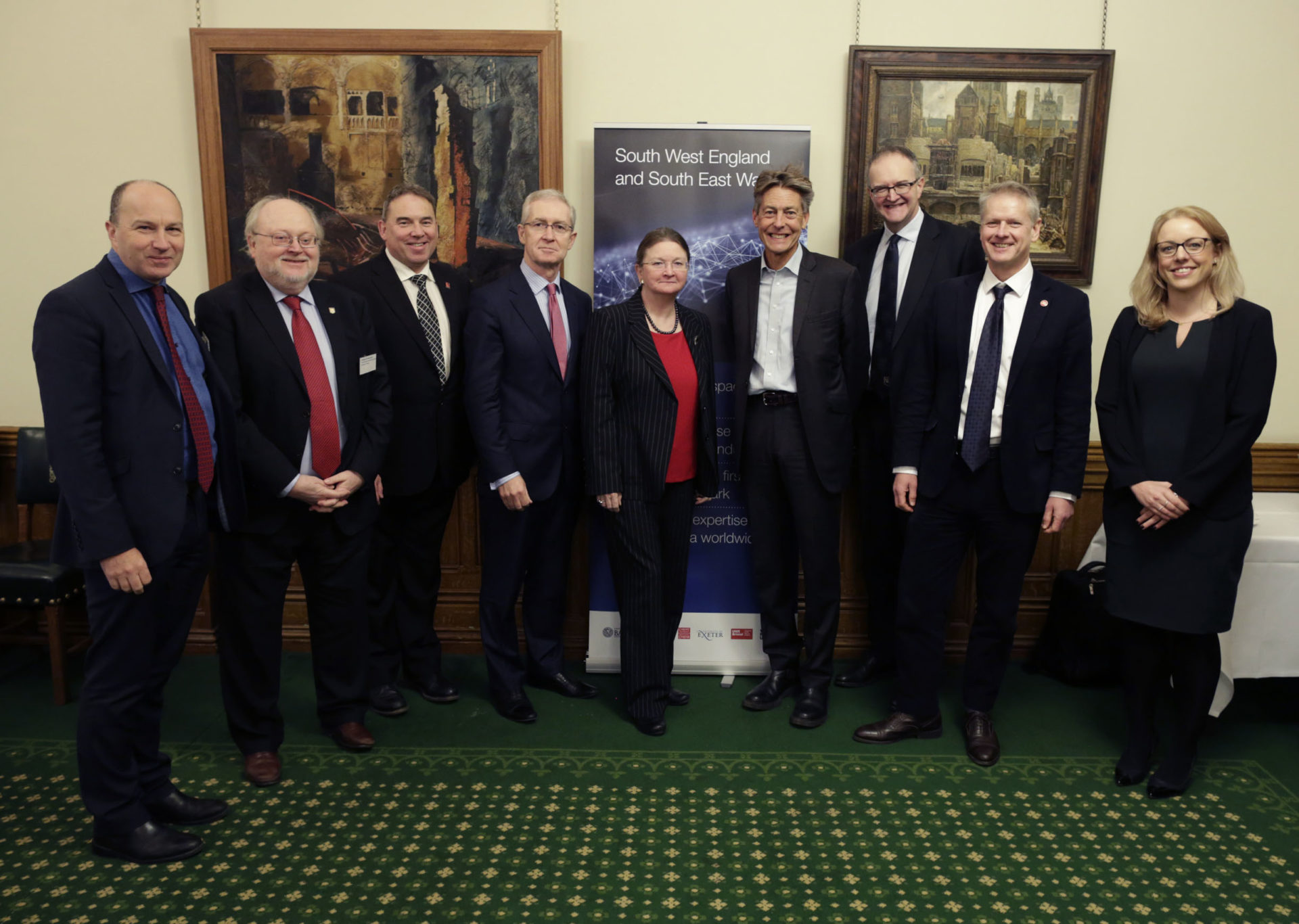 In a successful event at the House of Commons sponsored by Ben Bradshaw MP, representatives from leading universities, Local Enterprise Partnerships and major organisations met with politicians to discuss how they can work together to ensure that the region is recognised as an economic powerhouse in its own right, alongside the Northern Powerhouse and Midlands Engine.

Professor Dame Glynis Breakwell, President and Vice-Chancellor of the University of Bath, called for leaders to be bold in their ambitions for South West England and South East Wales, led by the recent Science and Innovation Audit which she described as “the most important evaluation ever undertaken of our region’s research and industrial capacity”.

She said: “The Audit found that we can lead the UK and compete with the world in the areas of Advanced Engineering and Digital Innovation. Under the theme of Advanced Engineering, we have the largest aerospace sector in the UK and world-leading expertise in automotive, nuclear, space, marine and marine renewables and microelectronics sectors. Our region is rightly synonymous with Digital Innovation, with the second largest digital economy cluster outside London.

Our call to the UK Government is to recognise these pre-eminent strengths with focused investment and we must also capitalise on the valuable relationships forged by the Science and Innovation Audit process.”

The Audit identified that the region is home to the largest aerospace sector in the UK; the most productive and second largest (outside London) digital economy cluster in the UK; the UK’s first nuclear power station for a generation; more climate expertise than any other area worldwide; and the growth potential for the world’s first compound semiconductor cluster.

Dr Sarah Perkins, GW4 Director, spoke on behalf of the Science and Innovation Audit consortium to announce the launch of a special taskforce with the mission of making the region’s voice heard in Westminster.

She said: “The Audit provided unparalleled evidence of Advanced Engineering and Digital Innovation sectors of world-leading scale, on our doorstep. We look forward to working with the UK Government and our partners in other universities, industry and Local Enterprise Partnerships to build and strengthen the Great Western network.”

Dr Wyn Meredith, Director of the Compound Semiconductor Centre (a partnership between Cardiff University and global advanced semiconductor wafer manufacturer IQE), discussed his ambitions for the world’s first semiconductor cluster in the region, bringing the centre of gravity for this cutting-edge technology “from South California to South Wales”.

Senior representatives from major organisations in the region, including Airbus and Oracle, described how researchers and industry partners can work together to develop pioneering solutions to global challenges, and generate wealth and jobs for local communities.

The South West England and South East Wales taskforce will now work together to take forward the recommendations of the Science and Innovation Audit and to ensure that the region is recognised in Westminster as an economic powerhouse in its own right.