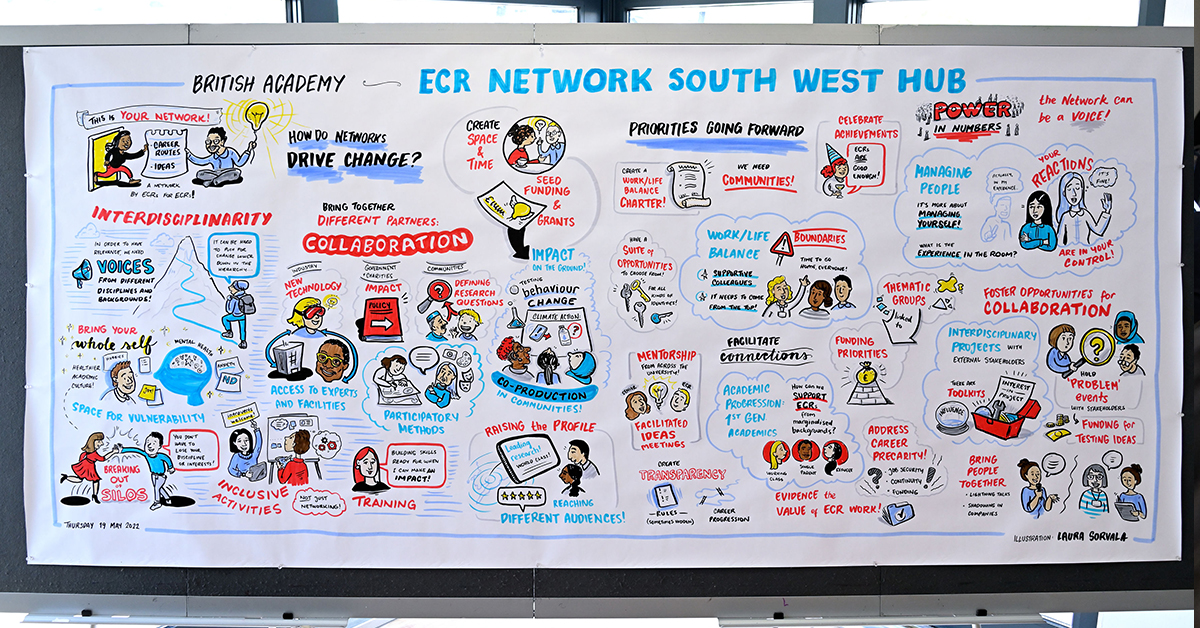 Over 60 ECRs from across the region came together with Fellows of the British Academy (FBA), consortium partners, GW4 and British Academy (BA) teams, and invited guests for the launch at the M Shed in Bristol last month (19 May).

The two-year British Academy ECR Network pilot programme, launched in partnership with the Wolfson Foundation, is being trialled in three regions across the UK – the Midlands, the South West and Scotland –between autumn 2021 and spring 2023, with the ambition of rolling out the network nationwide at a later stage. It is open to all humanities and social sciences researchers, providing opportunities for skills development and networking.

The GW4 Alliance is acting as the hub and will facilitate networking events and activities for ECRs in the South West together with a consortium of nine universities located in the region – Bath, Bath Spa, Bristol, Bournemouth, Cardiff, Exeter, Gloucestershire, Plymouth and UWE. 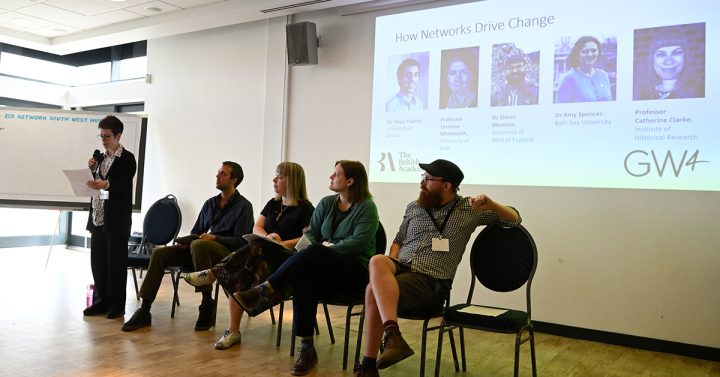 The launch event was opened by Professor Simon Swain, Vice-President (Research and Higher Education Policy) at the British Academy and Professor of Classics at the University of Warwick, who gave an introduction to the network.

The afternoon involved facilitated networking, an introduction to the ECR-led events fund from the BA, and a session exploring potential activity strands. The day ended with a closing summary by GW4 Alliance Director Dr Joanna Jenkinson MBE, who encouraged ECRs to take advantage of the opportunity to drive and lead the delivery of activities given the funding available to enable this. 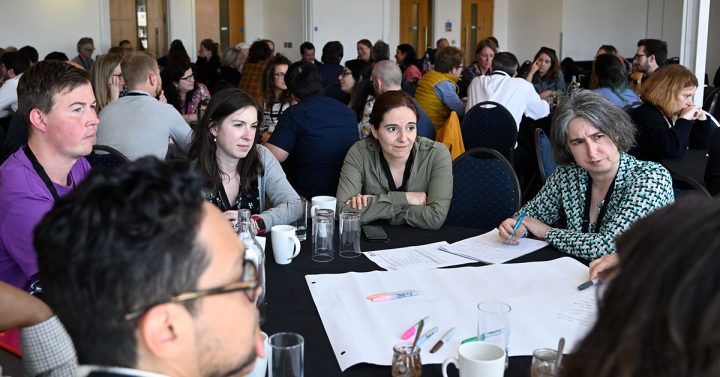 Ideas and discussions over the course of the day were captured in real time by the illustrator Laura Sorvala.

ECRs who attended the event said they valued the chance to network in person and meet new colleagues. Dr Richard Cole, Research Associate in Ancient Greek History and Virtual Reality at the University of Bristol, said: “With online networking having become the norm during the pandemic, the in-person launch offered a refreshing opportunity to meet new colleagues from across the South West, start the ball rolling with potential collaborations, and enjoy those spontaneous conversations that emerge over coffee.

“In particular, the facilitated networking sessions helped to identify colleagues working in similar fields and establish common ground when it came to discussing where the network might focus its energies, and what opportunities ECRs could pursue with BA support.”

Dr Louise Folkes, Lecturer in Social Sciences at the University of Gloucestershire, said: “The launch event was a fantastic opportunity to meet other ECRs in the region and to collaboratively consider the challenges that we face as ECRs, and how the network can help us to overcome these. I was able to make new connections with nearby ECR colleagues with the goal of working together in the near future.” 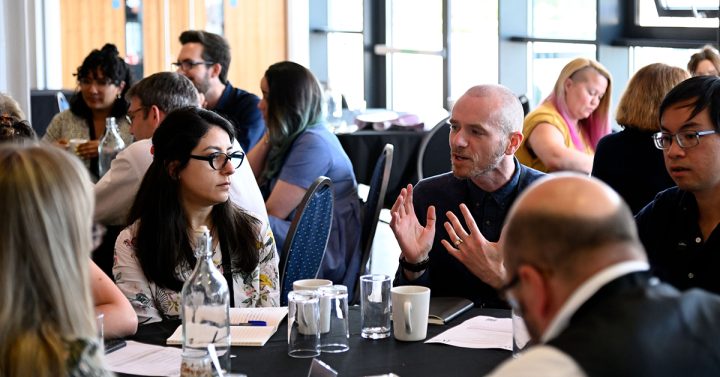 Dr Jenkinson praised the enthusiasm of all participants. She said: “The GW4 Alliance is committed to supporting the professional development of our early career researchers, creating the research leaders of the future. It was fantastic to see researchers from different disciplines and institutions coming together to share knowledge and generate new ideas for research collaboration.”

John Scott FBA, Chair of the British Academy ECR Network Advisory Panel said: “The lively and well-attended launch event was an exciting and very positive start for the network in the South West. Enthusiastic and thoughtful participants from across the region set a clear agenda of what is important for them and what they want the network to achieve. The British Academy will work in partnership with them towards these goals.”