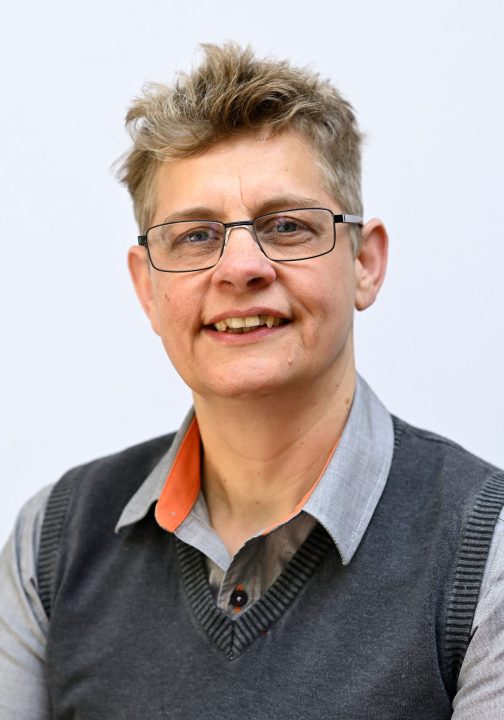 Dr Josie Henley is a Research Associate at The Centre for Trials Research, Cardiff University.

It was a dark and stormy morning in February 2022 that I set off for New House Country Hotel just outside of Cardiff. Although I actually live in Cardiff, I opted for a taxi ride. The hotel is halfway up a mountain on the way to Caerphilly and feels quite cut off. I’m sure this seclusion is deliberate planning on the part of the GW4 Crucible team. Throwing together a group of excitable academics in a country house hotel with excellent food and four-poster beds, to talk about interdisciplinary approaches to mental health and wellbeing research, has great potential for an Agatha Christie novel.

Fortunately, nobody was murdered. We did put a fair dent in the bar tab, however.

GW4 Crucible is a leadership development programme for early career researchers on the ‘cusp of independence’. It is spread out over four months with two in-person residential labs and four online masterclasses. One of the really important things about GW4 Crucible is that it brings together people from different disciplines. So I was not only talking with people who work within health and psychology research, but with neuroscientists, historians, philosophers, geographers – anyone who has a perspective on the topic is encouraged to apply.

I believe that future academics will be less aligned with one particular discipline, and that disciplines will change and evolve as they have in the past. The way forward as an academic is to evolve across disciplines and to avoid silos. The future of academia is in multi-disciplinary and interdisciplinary work. GW4 Crucible are forward-thinking as they facilitate this shift away from academic silos.

I felt compelled to apply to the programme because of its interdisciplinary ethos. I have an eclectic background in psychology, social sciences, health and social care and am now working in the Cardiff University Centre for Trials Research. I joke that I am a one-person multidisciplinary team! I was overjoyed when I found out I had been selected.

The in-person sessions were highly focused on making us feel part of a cohesive cohort, despite the disciplinary mixture. The first activity was ‘coffee conversations’, which I can only explain as professional speed dating. It’s a way for everyone to meet everyone else within a short space of time and to change tables at the ring of a bell every five minutes. By the end of it, I’d managed to repeat my one-minute pitch of who I am, what I do and what I want to do with my career about 25 times, although I was a bit dizzy.

The day proceeded with more coffee, a three-course lunch, and lots of talking, led by the excellent Kate Tapper. It was very focused on what makes a good collaboration and how to make it work. We continued these conversations over dinner in the evening and breakfast on the second day. By this time, we had got to know each other and the organisers very well!

On our second day, we looked at more models for effective collaborations and started to work out who within the cohort we were the most compatible with in terms of research interests and direction. We had an ‘unconference’, which is a splendid idea where simultaneous discussions take place and people can choose to move between them or stay in one discussion. Following this, some of us had found collectives and had begun to hash out some ideas for potential projects. Each group made a brief video outlining our ideas that were later shared with the whole cohort, so that others could be invited to join.

The whole event was managed marvellously by Sabrina Fairchild and Georgina Brown, who ensured that all of the wheels turned in the right directions and the cogs were in the correct places. I do not envy them. The expression ‘herding cats’ comes to mind.

The second lab, in Bailbrook House Hotel, Bath, was a very similar occasion, but warmer as it was two months later. At this point, the groups had coalesced quite well. We’d had contact between labs and had also had several online ‘masterclasses’ over the intervening weeks. Some of us had been working on our collaborative project ideas. Day one involved project updates and invitations for more people to join the teams working on the project outlines. We also had more unconferencing, and plenty of time to pitch new ideas. At this point, we were introduced to the GW4 funding schemes in more detail, and encouraged to put our ideas forward for seed funding.

The following day was about consolidating the discussions we’d had over the two labs and the masterclasses in between. In the morning we met senior members of the GW4 Alliance, who talked about their own career trajectories and encouraged us to think about ours. We then had time to plan our next steps in terms of how to take our collaborations forward. There was no pressure to choose a project or collaboration, and those who had not yet done so could use this time to think about their own career progression. There was also a photographer present at the second lab, so we had the option of having professional head shots.

I have to say that the experience overall has been amazing. I met some really interesting people and got to know better some people who I already knew from Cardiff. I have made research connections and also made some good friends. It was fantastic to be in a place where I could meet people who are exciting to talk to and who are equally excited by what I have to say.

All power to Jo and Kate, Sabrina and Georgina, who make a formidable team. May the next and subsequent GW4 Crucibles be equally as exhilarating and rewarding for future cohorts.

Making sense of COVID-19: Humanities, Arts and Social Sciences response to the pandemic