Does living a simpler life mean a happier life? New TV series co-designed by GW4 experts aims to find out 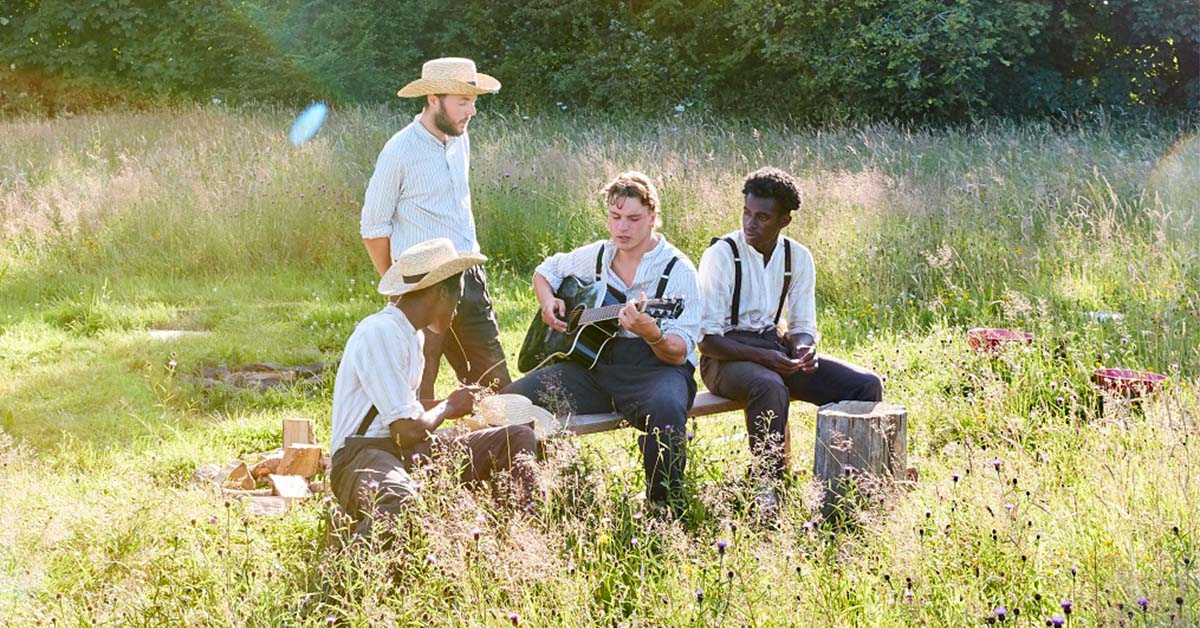 Could living a simpler life with no modern comforts, cut off from the modern world be better for us? GW4 Alliance researchers have contributed to a new Channel 4 series which follows a group of 24 Brits who have given up all their worldly possessions to see whether living a simpler life off grid, without any form of technology, mains electricity or gas, benefits their health and wellbeing.

The group are guided by a Pennsylvania Amish family from Ohio, who stayed with the volunteers on a 40-acre Devon farm teaching them how to grow crops, milk goats and cows, and how to live an almost pre-industrial existence. The reality show provides insight into the impact of simpler living on life satisfaction, health and wellbeing, away from the trappings of modern society.

The group’s journey was evaluated by a team of environmental human health, mental health and psychology researchers from the Universities of Bath, Bristol, Exeter and California. Together, they developed an analytical approach to assess the group using a series of psychological assessments completed by the participants before and during their six-month stay, and after they returned home.

Dr Lewis Elliott, Lecturer in Environment and Human Health from the University of Exeter and member of the expert team, said: “The theory goes that contrary to popular belief, having lots of choice in daily life can actually undermine our psychological well-being. This was a unique opportunity to study what would happen to a group of people who opted to have all those choices, and all modern comforts, taken away from them, and instead had to live a simple, rural lifestyle for 5 months. We were responsible for collecting an array of psychological data from the participants across their time on the farm. While some thrived, others really struggled, and a fascinating generational divide emerged between the millennials, and their middle-aged counterparts.”

Dr Rebecca Hafner, a Research Associate from the Department of Psychology at the University of Bath and member of the programme’s expert team, added: “We sat down at the farm and analysed the data from participant questionnaires taken at various stages during their time there, immersed in the Amish lifestyle. It was interesting to observe how living with reduced choice, including no access to technology, had an impact on the life satisfaction and wellbeing of the participants.

“Underpinning the Theory of Choice is the concept that too much choice may undermine satisfaction and wellbeing, which is more prevalent in western society. Certainly some thrived within the experimental setting of a simpler life and a took a lot from it, while others struggled to adapt.”

Dr Myles-Jay Linton, Vice-Chancellor’s Fellow from Bristol Medical School and Elizabeth Blackwell Institute at the University of Bristol, added: “The pandemic has made lots of us reflect on our busy 21st century lives, exploring the pros and cons of a stripped back lifestyle will hopefully prompt people to really think about how living a simpler life could lead to greater life satisfaction. With the data collected we were able to unpick how personality characteristics and core values explained the drastically different experiences of community members on the farm.”

The series of psychological assessments was overseen by Barry Schwartz, Professor of Social Theory at Swarthmore College and visiting professor at the University of California. Professor Schwartz authored “The Paradox of Choice” outlining how modern western lifestyles might be linked to less happiness and was invited to oversee the Channel 4 show which took place from May to October 2021.

The next episode of The Simpler Life, a six-part series, airs on Tuesday 29 March on Channel 4 at 9.15pm and is streaming on All4.