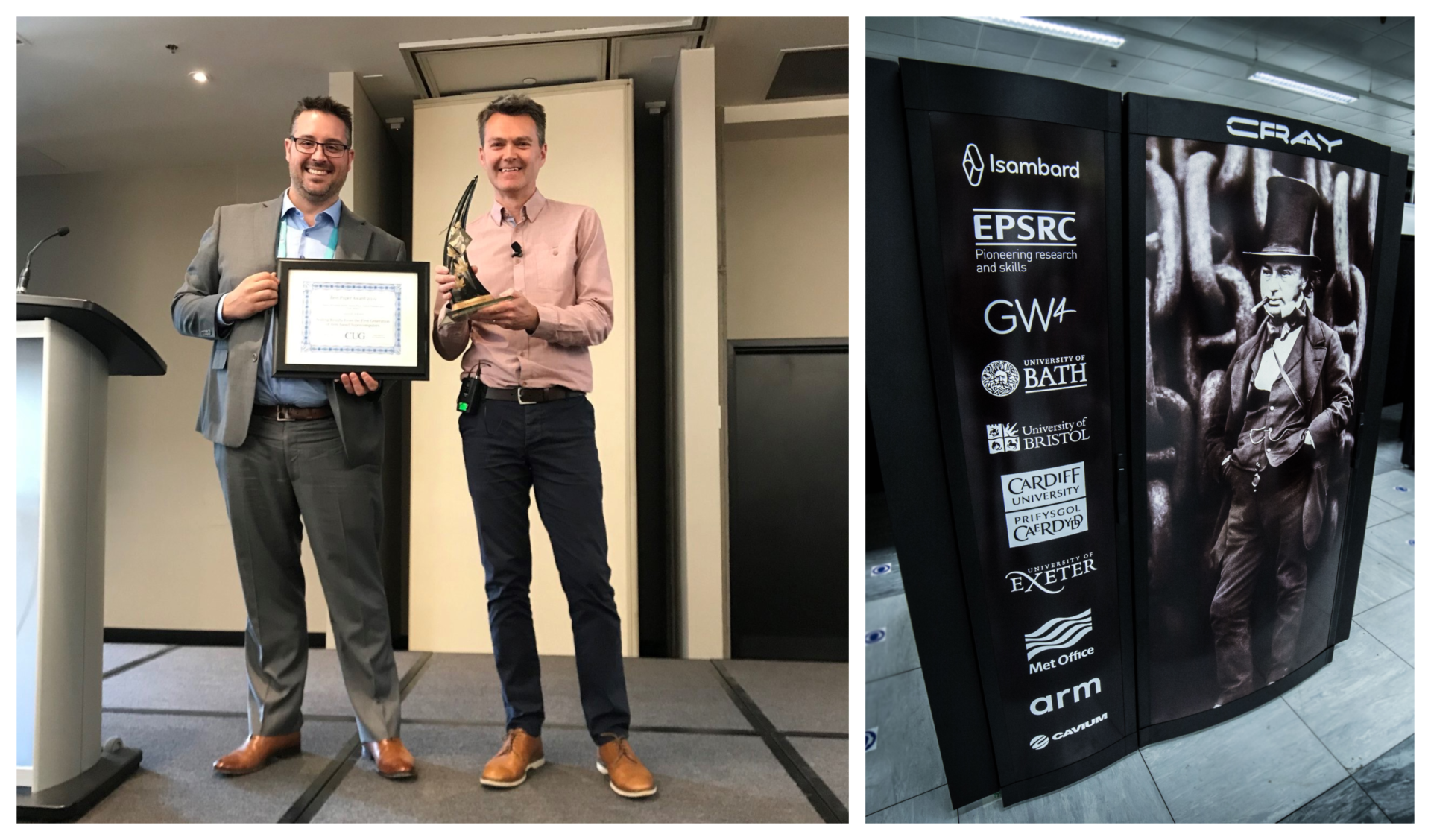 Isambard was designed by GW4 Alliance researchers in partnership with the Met Office and global supercomputer leader Cray Inc. Isambard is the first Arm-based supercomputer in the world to go into production use, and the largest Arm-based system outside of the U.S. Isambard is now being used for scientific research as well as to explore future computer architectures in the exascale era.

Professor Simon McIntosh-Smith, the principal investigator for the Isambard project and a professor of high-performance computing at the University of Bristol, presented the first scaling results from a production, Arm-based supercomputer.

During the opening technical talk at the Cray User Group Conference, Professor Simon McIntosh-Smith described the results of a detailed scaling performance comparison between Marvell ThunderX2 Arm-based CPUs, and the latest state-of-the-art Intel Skylake x86 processors. Results focused on the HPC codes that are most heavily used on the UK’s national supercomputer, Archer, and showed that for these kinds of workloads, ThunderX2 scales just as well as the best x86 CPUs available today, but with a significant cost advantage.

Professor Simon McIntosh-Smith said: “I am very excited and honoured that Isambard won the best paper award and thank the team for all their hard work. Isambard represents the first of what we expect will become a growing number of production supercomputers that will exploit Arm-based processors. Our results demonstrate that Arm-based processors can deliver significant benefits in terms of performance and price.”

Find out more about GW4 Isambard.