The GW4 Alliance has announced the appointment of Professor Dame Glynis Breakwell, Vice-Chancellor of the University of Bath, as the new Chair of the GW4 Council.

Professor Dame Glynis Breakwell DBE, DL is one of Europe’s leading social psychologists and in 2014 was named as one of the Science Council’s ‘100 leading UK-practising scientists’. Appointed as Vice-Chancellor of the University of Bath in 2001, she was made a Dame Commander of the Order of the British Empire in the Queen’s 2012 New Year Honours for services to higher education. 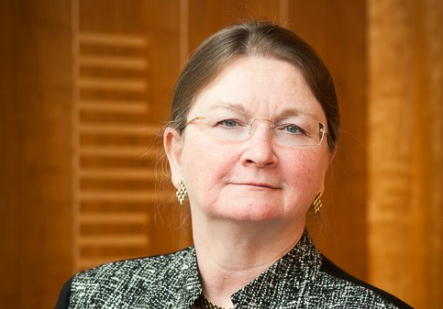 The GW4 Council provides a mandate for the Alliance and is responsible for defining GW4’s strategic direction. The Council comprises the Vice-Chancellors of the GW4 universities.

The appointment comes as GW4 puts the finishing touches to its new research strategy. The strategy will position the Alliance as the UK’s leader in smart, data-led innovation, challenging the dominance of the large London universities.

Professor Dame Glynis Breakwell said: “I am delighted to have been appointed Chair of the GW4 Council and look forward to working with colleagues to champion our region.

“This is a particularly exciting time for GW4 as we work on a new research strategy setting out our areas of focus to attract large-scale investment to the South West and Wales. Whilst this will undoubtedly be good for our universities, it will also be of great benefit to the communities that we help to support.

“I would like to thank my predecessor, Professor Colin Riordan, for his work to unleash the tremendous talent found our region.

“GW4 has come a long way since being established in 2013, and I look forward to playing my part in its future successes.”

To mark the appointment, GW4 have produced a short video with Professor Dame Breakwell on GW4’s value and potential.

Established in 2013, the GW4 Alliance combines the intellectual capacity and physical resources of the four leading research-intensive universities in Wales and the South West of England: Bath, Bristol, Cardiff and Exeter.

To date, GW4 has invested over £1.3 million in 56 research projects across the four GW4 universities to confront some of society’s most pressing challenges.