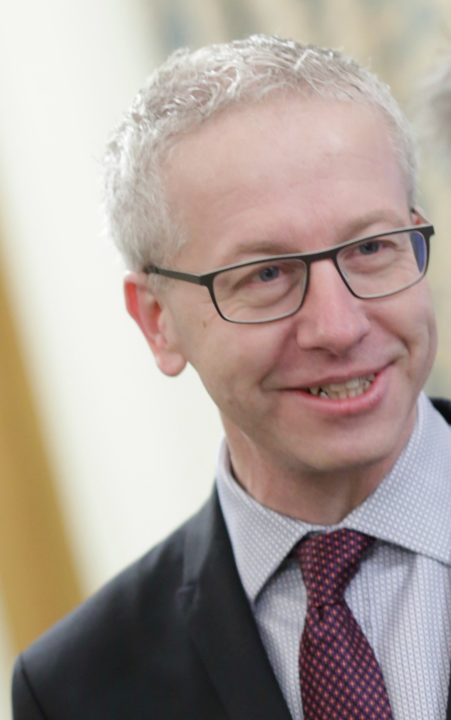 The ‘Silicon Gorge’ has long been hailed as a hive of creative and technological disruption – but what’s the secret to the growth of the UK’s largest digital cluster outside of London? We hear from Oracle’s Phil Bates on how start-ups, global businesses and universities are driving the South West’s digital economy through collaboration 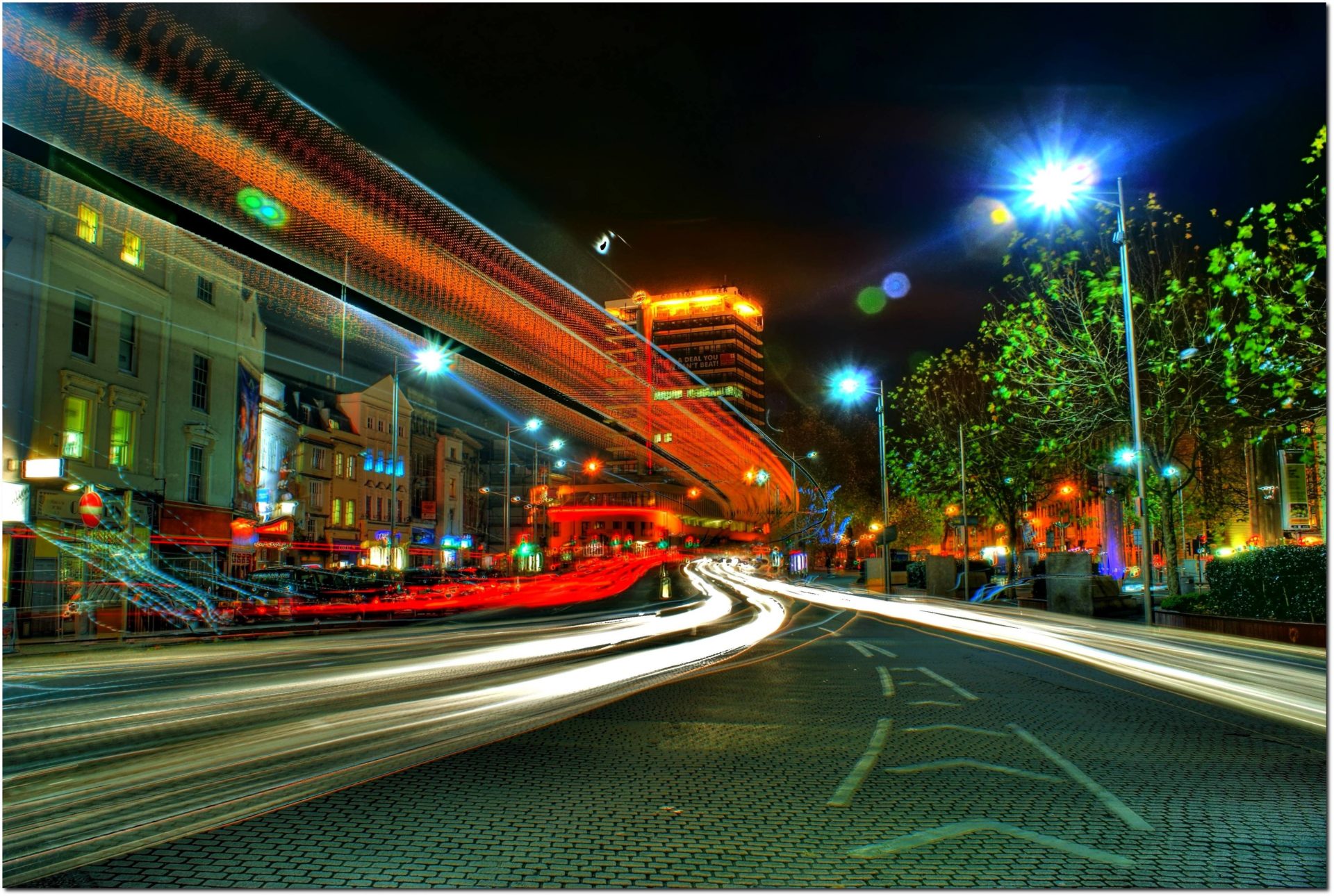 Back in the 1990s, Oracle established an office in the South West city of Bristol – a time when ‘ubiquitous computing’ was the buzzword of the day, and organisations were just beginning to wake up to the potential of the region as a hub of technological expertise. Fast forward nearly 25 years, and that reputation is assured.

As a recent Tech Nation report indicated, the broader region is a powerhouse in terms of digital jobs (over 67,000 at last count) and digital revenue (£2.2 billion GVA). The explanation behind this success is complex: a perfect storm of target industries, supportive businesses, innovative start-ups and research-intensive universities.

In Bristol, the intersection of high performance computing, cloud computing and digital media industries has led to an unusually high concentration of people with expertise in developing applications. When, in 2014, Oracle decided to establish our Strategic Cloud Development Centre here, one of the first questions we asked was: is there the talent we need to build our team?

So we did our research: we undertook an analysis of LinkedIn profiles and tracked Meetups in the area. We found serial founders on their second or even third start-ups who wanted to build in the city they lived in. It was evident that there was a rich seam of talent and enthusiasm, borne out by consistently high registration for developer events; indeed, Bristol and Bath has the greatest number of Meetups outside of London.

We aren’t the only global company to have noticed the potential of the South West’s highly skilled workforce – our bedfellows in Bristol include Amazon, IBM, Cray and HPE (Hewlett Packard) each with well established product development teams in the city.

Oracle is always looking for innovative use cases to test our latest services and products. Bristol has a distinct advantage in that it is home to a large number of animation and digital media companies, from the world-famous Aardman to agile start-ups. Animated films can take up to one to ten hours to render each frame – at at least 21 frames a second. For companies producing animated films, computing performance is critical – as is the need for super fast networking and the ability to securely store huge volumes of media. These requirements provide a rich vein for collaboration between high tech companies like Oracle, and fast moving, creative and innovative Bristol film production companies.

We met local start-up Yellow Dog through reaching out to the Bristol developer community. They had found that rendering animation was an extremely time-consuming process, and involved delivering huge amounts of data onto a separate cloud service. Working together, we took only a couple of days to deliver a proof-of-concept solution using Oracle’s Bare Metal Cloud Infrastructure-as-a-Service (IaaS), with ground-breaking performance, networking and file storage capabilities.

Collaboration has to be based on  a foundation of mutual benefit, and in this case, Yellow Dog were able to access cutting-edge technology before it had been made available to the market, and we were able to improve Bare Metal Cloud’s performance through a real-life user challenge.

The results were phenomenal – Yellow Dog reported back that they were able to increase the speed of rendering by up to 10 x faster for every single use case, making our service much more effective than major competitors such as Amazon and Rackspace. We wanted to share the credit for the success of this collaboration, so we ensured that Yellow Dog shared platforms with us at conferences and took part in joint interviews in the media.

Another great example of the collision between creative and digital economies includes an earlier collaboration between HP Labs and the University of Bristol, which combined on-demand computing with high speed networking and applied this to digital media. The technology developed through this partnership was later used by Dreamworks to produce Shrek, ushering in the next generation of animated films.

Alongside the creative industries, the region is also home to the UK’s largest aerospace sector and a growing expertise in new energy systems – providing companies like Oracle with hugely valuable user case studies, from fluid modelling and dynamics to virtual reality.

The next generation of innovators

Another important component of Bristol and the South West’s success as a digital technology cluster lies in its access to research-intensive and entrepreneurial universities. We have long worked fruitfully with academics and students across the region through a number of ways: we develop collaborative research, offer internships and hire local graduates. We liaised directly with higher education institutions, businesses, LEPs and the Welsh Government on the South West England and South East Wales Science and Innovation Audit and continue to champion science and innovation for the region together as the Great West Taskforce.

Our relationships with Universities in the region have evolved from informal collaboration on an individual level to a formal, organisation-wide partnerships. At University of Bristol, for example, we deliver guest lectures, consult on their curriculum to provide a commercial perspective and offer mentoring for student computing projects, from architectural advice to ensuring methodology meets the industry standard. Together with the University of Bristol and UWE we are pushing back the frontiers of technological achievement, from breaking the land speed record, to providing new applications for protein modelling and gravitational waves.

The potential of the South West as a powerful technology cluster has been well-documented. But there is no room for complacency – we must continue to nurture and grow our local tech ecosystem. With this in mind, Oracle has chosen Bristol, alongside Paris, Delhi, Sao Paolo and others, to launch Oracle’s Start-Up Cloud Accelerator.

The programme, which will welcome its first cohort this year, provides a distinctive approach to helping startups scale – technically and commercially. Startups in the accelerator programme, based at Bristol’s Engine Shed, gain access to state of the art cloud technology, technical mentoring and the ability to work closely with Oracle’s product development teams worldwide. In addition, Oracle provides training and support to companies to reach and sell to enterprise scale customers – including many of the largest companies and public sector organisations in Oracle’s impressive 400,000+ customer base.

The South West has many of the elements needed to make a world-leading technology cluster: highly skilled, motivated developers, innovative start-ups, major computing businesses and target industries such as creative media and aerospace. The final piece of the puzzle is how these elements come together: the way we all collaborate.

We believe in rapid collaboration and in getting to success – or failure – as early as possible in a collaboration. Whether we’re working with students or start-ups, our mantra is ‘start small, grow fast’ and the success of our collaborations is a testament to this. Imagination, generosity and a willingness to experiment are values shared by many organisations around the South West, and they look set to sustain our digital economy for many years to come.

Phil Bates is an architect in Oracle’s public cloud development group, based in Bristol.

CULTURAL INVESTMENT AND COLLABORATION IN THE SOUTH WEST