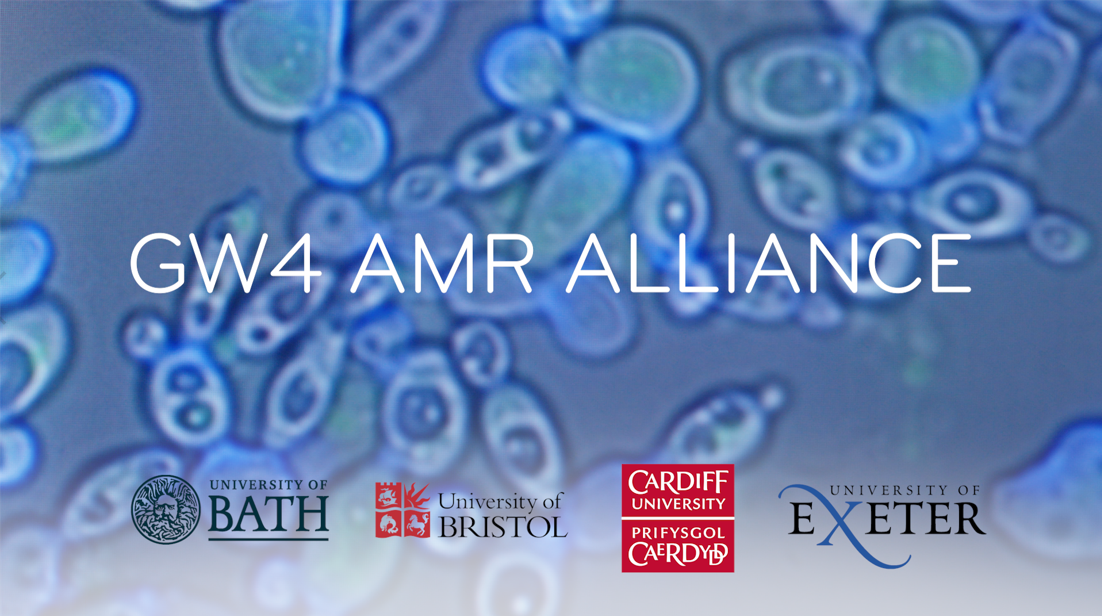 The GW4 Alliance’s response to the global challenge of antimicrobial resistance (AMR) – one of the greatest emerging threats to human health – is showcased in a new video, released today.

AMR occurs when the bacteria, fungi, viruses and parasites that cause diseases become resistant to medicines, increasing the risk of severe illness and death. The World Health Organisation (WHO) estimates that AMR will lead to an additional 10 million deaths each year worldwide by 2050.

The GW4 AMR Alliance brings together researchers from across the universities of Bath, Bristol, Cardiff and Exeter to tackle this complex issue by increasing understanding of, and developing and implementing effective interventions for, containing, controlling and preventing AMR.

The Alliance aims to become the UK’s leading interdisciplinary ‘One Health’ AMR research consortium, recognised worldwide. The One Health approach is where multiple disciplines collaborate locally, nationally and globally to achieve optimal health for people, animals and our environment.

The new video has been launched to coincide with World Antimicrobial Awareness Week, which runs from 18-24 November. This year’s theme ‘Spread Awareness, Stop Resistance’ calls on One Health stakeholders, policymakers, health care providers, and the general public to become AMR awareness champions.

GW4 Alliance Director, Dr Joanna Jenkinson MBE, said: “The silent pandemic of AMR is a major global challenge which no one discipline can solve on its own. GW4 will lead the drive to combat AMR through a collaborative and interdisciplinary research effort taking a global One Health approach.”

In the video, Chair of the GW4 AMR Alliance, Professor Eshwar Mahenthiralingam (Cardiff University), explained: “Antimicrobial resistance is such a multifactorial problem that we need that interdisciplinarity and we can’t find that in just one institution alone.

“We’ve got four great universities which do a huge amount of research and then we’ve got very discrete populations and also a big interface with stakeholders such as agriculture and industry. That’s how we can get that strength in a One Health antimicrobial resistance approach.”

GW4’s proven academic excellence in AMR research across disciplines and across institutions is demonstrated by a portfolio of AMR relevant research funding of around £45m.

Watch the full video on YouTube and find out more about the GW4 AMR Alliance on our website.